Loake is an eminent English brand that was founded in 1880 and has vast experience in the pro-duction of classic shoes and boots. In the assortment of the brand there are both elegant shoes with a formal look, as well as informal models in the spirit of casual or smart casual.

The Loake Factory was founded in 1880, but for a long time it was called Unique Boot Factory; Loake brand was registered only after the end of World War II. The founders of the company were three brothers — Thomas, John and William Loake. It is especially worth noting that the current director of the company, Andrew Lowe, comes from the same family.

As early as the late XIXth century, the enterprise of the Loake brothers achieved considerable suc-cess. Thus, in 1894, the factory was forced to move to a more spacious building, because the number of employees reached 300 people. During the periods of world wars, the company pro-duced a huge number of military boots, some of which went to Russia. Sometimes the volume of production reached 2500 pairs per week.

Today Loake is actively developing and specializing in high-quality classic shoes of several different price segments. In 2007, the company received the status of supplier of the Queen Elizabeth II, and four years later opened its first branded boutique in London. Loake shoes can be bought in at least 50 countries around the world, and in just its 138-year history, this company has produced more than 50 million pairs of shoes and boots.

Loake focuses on customers with different budgets, and therefore offers both basic and high-level shoes. Most of the models are sewn in the construction Goodyear Welted but Loake also has models in the constructions Storm Welted, Blake, Cemented. The range of leather options is wide: matte smooth, glossy polished, grained, waxed; in addition, for some models, the brand uses suede and nubuck. In most cases the lining is made completely of leather. Soles can be both leather and rubber (in particular, from the eminent British company Dainite). 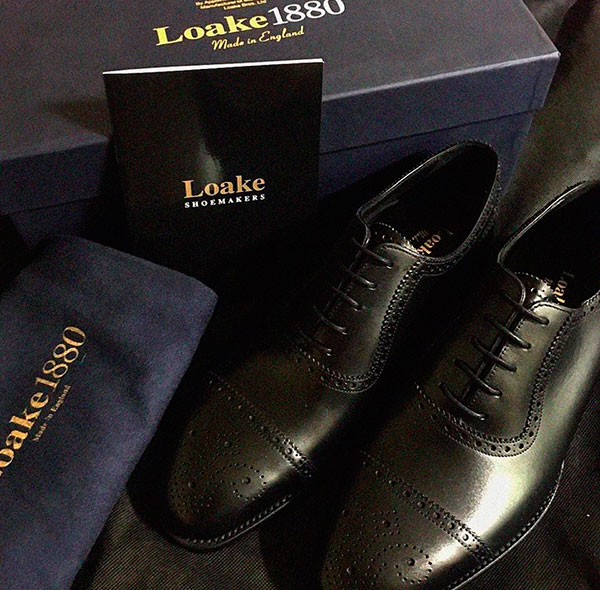 In the Loake assortment there are both very formal shoes and completely informal ones. This brand produces Oxfords, Derby, Loafers, Monks, Chelsea boots, Chukka boots, deserts, moccasins, top-siders and many other models. Their design is usually classic but sometimes it is somewhat intri-cate and unusual. The countries of production are England, India and Portugal.

What is the difference between the Loake lines?

Models of different Loake lines can differ from each other in level, style and country of production. There are brief characteristics for each line below.